Adele and Roy purchased a home on Elfreda Blvd. in 1953.   Adele had grown up in the Beaches then moved north, to what I now describe to people as the Upper, Upper, Upper Beaches, to live and raise her family.  Roy was from the Coxwell and Gerard area.

Adele and Roy met at the Balmy Beach Club when she was 21.  Adele would regularly frequent the Balmy Beach Club after school with many other teenagers but gradually outgrew it once she finished high school.   She had been out of town for a few months working and when she returned she decided to check out the Saturday night dance at the Balmy Beach Club with her friend Marie.  The club hosted regular weeknight DJ’ed dances and a Saturday dance with a live band which required everyone to have a date.  Often, the club would let people in for free for the last couple dances at the end of the night.  Adele and Marie were hanging around the doorway late one Saturday night, just checking things out, when two boys, doing the same thing asked them to dance to the last song.  They both consented and Roy asked Adele if he could walk her home.  He wrote her number on a cigarette pack and said that he would call her.

Well, you all know what happened next. Of course, he lost the cigarette pack and could not remember which house she lived in so he never called her.  About a month later Adele returned to the Balmy Beach Club, this time with another friend Dorothy, and who should she meet there but Roy.  He told her that he had lost the cigarette pack with her number and forgot her house number and had been showing up at the club every Saturday night since in the hope of meeting her.  Roy walked her home again but this time he made a formal date.  Roy took Adele to the King Edward hotel to see Lena Horne.  Adele wore a pretty pink dress that she made herself.  That night they decided to go steady, were engaged by Christmas and married within the year.

Money was tight so they lived at her mother’s house in the Beaches until they saved up the $3000.00 down payment for a new home.  They needed a 30% down payment those days on an $11,300.00 house with an interest rate of 7.75% over a 20 year fixed mortgage.  They were a little short on the down payment and Adele was a lot pregnant so after a few tears and an assurance that her mother could loan them some money if necessary they bought their first and only home.

Now 90 years old she still clearly recollects the people, events and happenings in the neighbourhood for the last 64 years.  Back then Adele remembers there being a chicken farm where St. Joachim’s Catholic School now stands, a horse stable where Warden Hilltop Recreation Centre now operates, a farmer’s market where Sun Valley is and an apple orchard at Birchmount and Newlands.

When Adele and Roy bought their home on Elfreda back in 1953, taking possession around June of 1954, they were one of the first families to move in on what was then a dirt road.  Their move in date was delayed because, guess what, the builder was in Florida for the winter and the general contractor he left in charge kept making mistakes with the house.  Roy and Adele visited the house weekly to make sure the builders were doing things right and she recalls that they had to tear down and restart the build a couple times.  Some things never change.

They had one more challenge to overcome that year and that was Hurricane Hazel https://en.wikipedia.org/wiki/Hurricane_Hazel . By the time it hit Toronto, Hurricane Hazel was a tropical storm but it still killed 81 Torontonians and caused extensive flooding.  Adele says the Massey Creek which flows through what is now St. Clair Ravine Park at the end of Elfreda Blvd., overflowed and completely flooded St. Clair Ave.  Most of the houses on Elfreda were safe as they were situated on an elevation, but she said the dirt roads in the area were a big mess and St. Clair was impassable for some time.

She excitedly related how much fun the street was back then.  Most of the houses had children and everyone played outside.  Roy and a couple neighbours from Elfreda and Newlands started a boy’s club to keep the boys busy.  They played sports, built things, did science projects and went on outings to local industries, fire and police stations and local attractions.  Roy also helped coach minor sports and she particularly recalls that softball was popular with both boys and girls who participated in organized leagues.  She told me that they would regularly have hockey games in the parking lot of Danforth Gardens Public School.

Elfreda was a vibrant street and everyone knew each other.  Adele fondly recalls that they would have monthly parties, always at a different home, and everyone would come.  They would roast hot dogs and corn over the fire and during the winter have spaghetti parties in the basement.  She said that none of the basements were finished back then but that did not stop people from getting together, eating together and having fun together.  The moms would regularly meet to push their baby buggies along the dirt and gravel roads to pick up the mail at the Post Office on St. Clair east of Kennedy. No one locked their doors and kids would play, eat and use the washroom at a variety of homes on the street.  Adele laughingly remembers kids coming into her house to grab fruit from the fridge.  Adele was the first on the street to buy a dishwasher and one boy would bring his breakfast dishes over each morning, put them in the dishwasher and pick them up when he returned from school so he would not have to wash them at home.  Regular produce, dairy and bakery delivery in open trucks were also a staple of the Elfreda landscape back them.

Adele and Roy raised 3 kids in their home and she still lives there. She has 7 grandchildren and 6 great grandchildren.  All her kids attended Danforth Gardens Public School and she was friends with one of the school’s administrators who lived on Elfreda and who would often walk the kids to school.  Today she is not familiar with many people on the street and referred to herself as “the old lady that lives in that house” to describe her perception of how the neighbourhood views her.  She does know her immediate neighbours and lets a neighbour park on her driveway in exchange for shovelling the snow.  Most of her family lives up north, out west and down east with no one currently in the city. If you ever see her out and about, which is not very often these days, be sure to say “hi”, and if you get her talking you may find out something interesting about the history of our neighbourhood.


If you have a story about your, your family’s or your neighbour’s history in the neighbourhood feel free to write it up and send it to info@danforthgardens.ca or contact me to set up an interview.  Pictures are welcome. 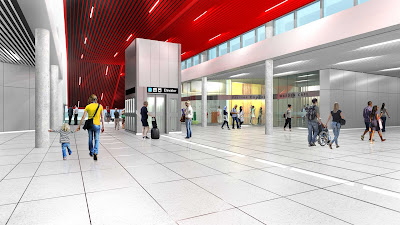 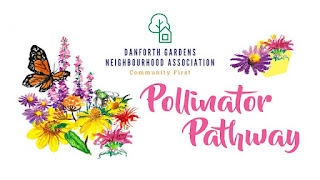 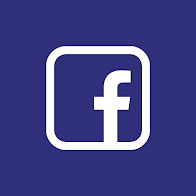 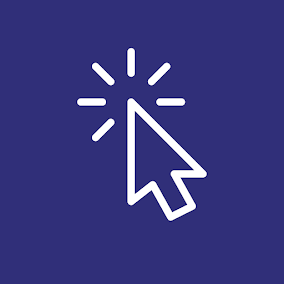 Sign up to receive newsletter updates about your community